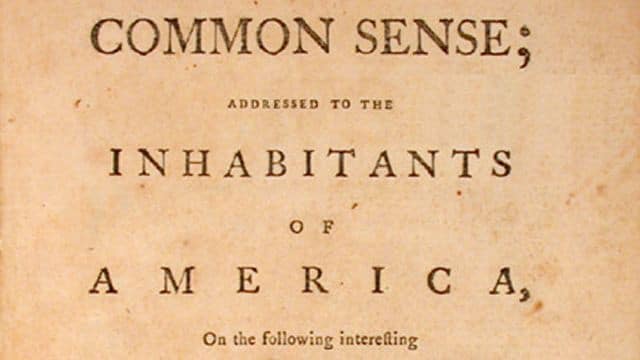 Common Sense was a pamphlet published by Thomas Paine early in 1776. It was so popular, that over 100,000 copies were sold within three months; few writings of the period had so wide an influence. Paine’s epigrams and apt illustrations stuck in people’s minds and proved him a master of the art of spreading ideas; he would repeat this success with his second pamphlet, The American Crisis (or The Crisis), which starts with the famous These are the times that try men’s souls. The present small extract of Common Sense was transcribed by yours truly in Anniversary Gregg.


Previous post: [ What Independence Means ]
Next post: [ The Fourth of July in Westminster Abbey ]
6 comments Add yours