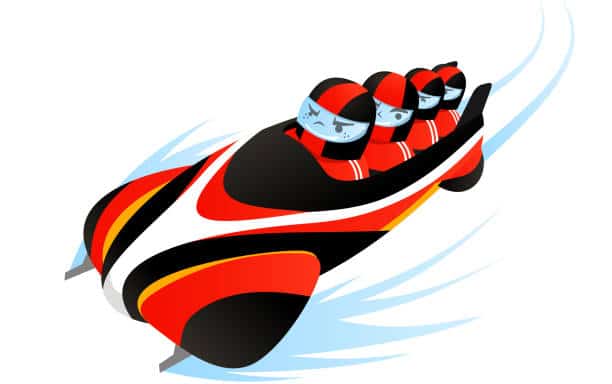 The sport of bobsleigh or bobsled has been part of the Olympic Games since the first Winter Games celebrated in Chamonix, France, in 1924. This article, transcribed by yours truly in Anniversary Gregg, explains some of the features and dangers of the sport, as well as some of the experiences of those who practice it.