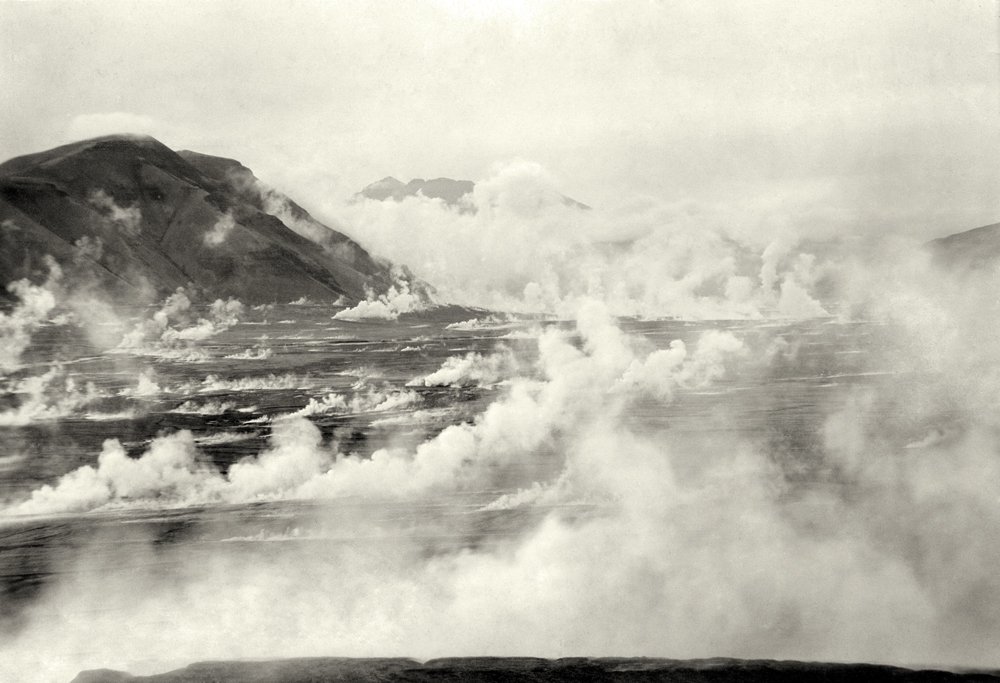 In early June 1912, a cataclysmic explosion occurred in a remote area of Alaska, about 250 miles southwest of Anchorage. The explosion was so massive that its effects were felt in places as far away from the explosion as Washington D.C., as high-altitude haze robbed the northern temperate zone of about 10% of the Sun’s heat during the summer of that year. This event was due to the eruption of the Novarupta and Mount Katmai volcanoes. The Valley of Ten Thousand Smokes, now part of the Katmai National Park and Preserve, derives its name from the myriad fumaroles (fissures spouting smoke, gas, and steam) that developed in the valley floor shortly after the eruption. The uninhabited site of the eruption was not found until four years later, when Robert F. Griggs, who explored the volcano’s aftermath for the National Geographic Society in 1916, gave the valley its name, saying that “the whole valley as far as the eye could reach was full of hundreds, no thousands—literally, tens of thousands—of smokes curling up from its fissured floor.” Here is a description of the scene and the events surrounding the eruption, transcribed in Anniversary Gregg by yours truly.