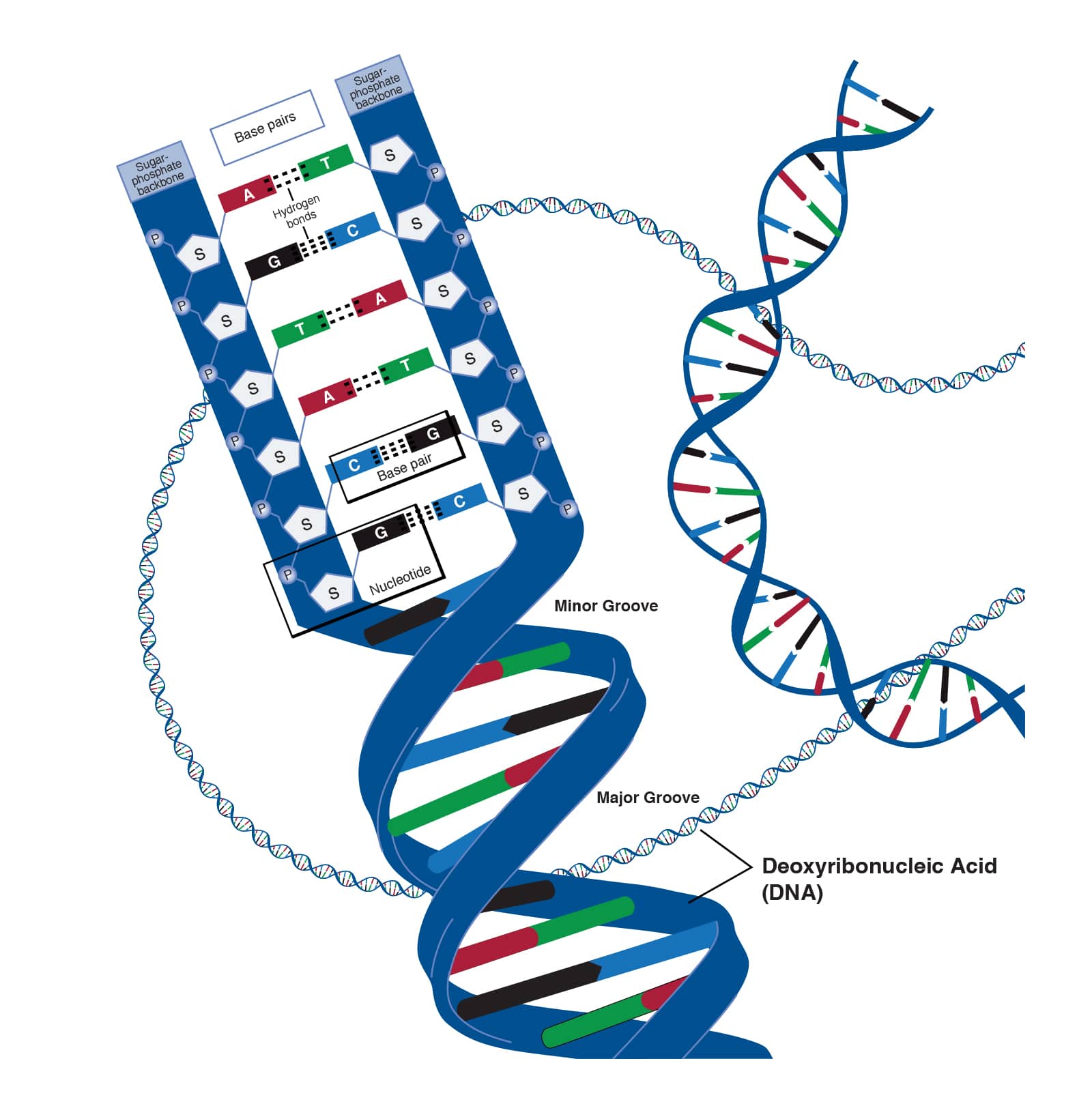 The double helix structure of a nucleic acid living in chromosomes, called DNA, short for deoxyribonucleic acid, is arguably the most recognizable icon in biology. In 1943, Oswald Avery discovered that DNA is the source of heredity. However, it would take almost 20 years and three scientists — James Watson, Francis Crick, and Maurice Wilkins — interested in a series of lectures by the Austrian physicist Erwin Schrödinger, to propose a structure for DNA. Schrodinger’s idea was that a gene could be stable from one generation to another if it was a crystal with a regular but non-repeating structure: a structure with a specific but not periodic arrangement of atoms. This arrangement would be able to encode information that somehow would guide the development of an organism. That vision resonated with Wilkins, Crick, and Watson, as they contemplated the structure of DNA in the following decade. In 1952, the three scientists jointly received the Nobel Prize in Physiology or Medicine “for their discoveries concerning the molecular structure of nucleic acids and its significance for information transfer in living material.” Watson and Crick’s solution was formally announced on April 25, 1953, following its publication in that month’s issue of Nature magazine. This surprisingly short article revolutionized the study of biology and medicine, and has led to important scientific developments, such as genetic testing, genetically-engineered foods, the ability to identify human remains, the rational design of treatments for diseases such as AIDS, the detection of viruses, and the accurate testing of physical evidence in criminal cases. Here is the complete article, titled Molecular Structure of Nucleic Acids, transcribed by me in Anniversary Gregg.